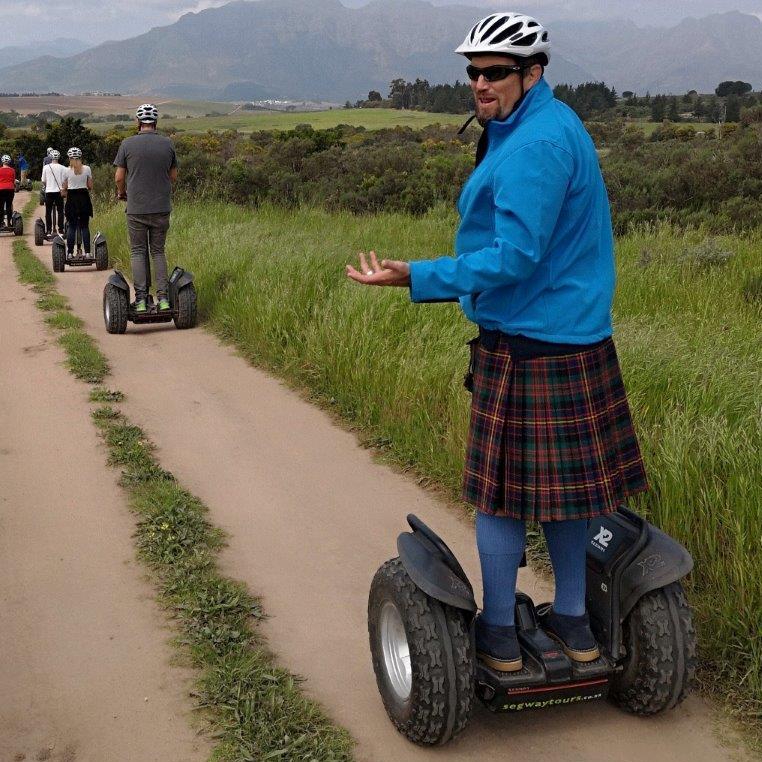 Cape Town, South Africa
English (native),
50
since 2013
License
Taylor-Made Adventures is the bespoke private day tour company that specialises in an adventure with the fine art of tasting experiences. I aim for unique experiences that create longlasting memories. Let's Taylor make an experience for you!
Good Day Avid Adventures my name is Rory Taylor, I was born in Johannesburg South Africa to Tommy and Nancy Taylor. My parents are of Scottish descent and originally only came out to South Africa on a 5-year plan and never left.

At the tender age of 7 years old my parents moved to KwaZulu-Natal where I was schooled. I grew up playing in the Kloof Gorge, Kayaking in the Umgeni river, Hiking in the Drakensberg and Fly-Fishing in the Natal Midlands. This is where the “Love for the Great Outdoors” and the “Adventurous Spirit” was born!

After my schooling I enrolled in the South African Navy for a year of National Service where I was deployed on the Strike Craft. Here, I learnt a great deal about the Ocean and developed a passion for the sea.

I did my tertiary education in Durban KwaZulu-Natal where I played Rugby for Natal Technikon and had the privilege of watching all the 1995 World Cup Rugby games that where hosted at Kings Park. Whilst watching these games many friendships were formed.

I headed overseas (as many South Africans did) to see the world. My highlights of travelling the world for 3 years was I got do build a 50ft ocean rowing boat called “Atlantic Endeavour” and as part of the crew we attempted to row her across the Atlantic. I also be part of the crew that sailed a 76ft Gaff Ketch called “Veelhi” back across the Atlantic from Antigua through the Azores to Gibraltar. I spent a long time in Bonnie Scotland from Dufftown to Glasgow. I played rugby for London Scottish, Murrayfield Wanders in Edinburgh and Gordonians in Aberdeen.

I returned to South Africa and whilst living in Johannesburg I met my beautiful wife Marietjie. We moved to Cape Town in 2012 and we have 2 gorgeous children.

I would love to Taylor make an Adventure for you to see the wonderful sites and tastes of the Western Cape.